The need to use enhanced and active treatments for crosswalks was brought to the forefront in a 2005 report from FHWA that examined 1000 marked and 1000 unmarked crosswalks.  The study concluded that in some cases a marked crosswalk alone was more dangerous than having no crosswalk at all.  Since this landmark report, many enhancements have been developed including the RRFB, in-roadway signs at crosswalks, raised crosswalks, and Hawk Signals.  The use of the RRFB has become widespread due to the effectiveness of the device and the relatively low cost. 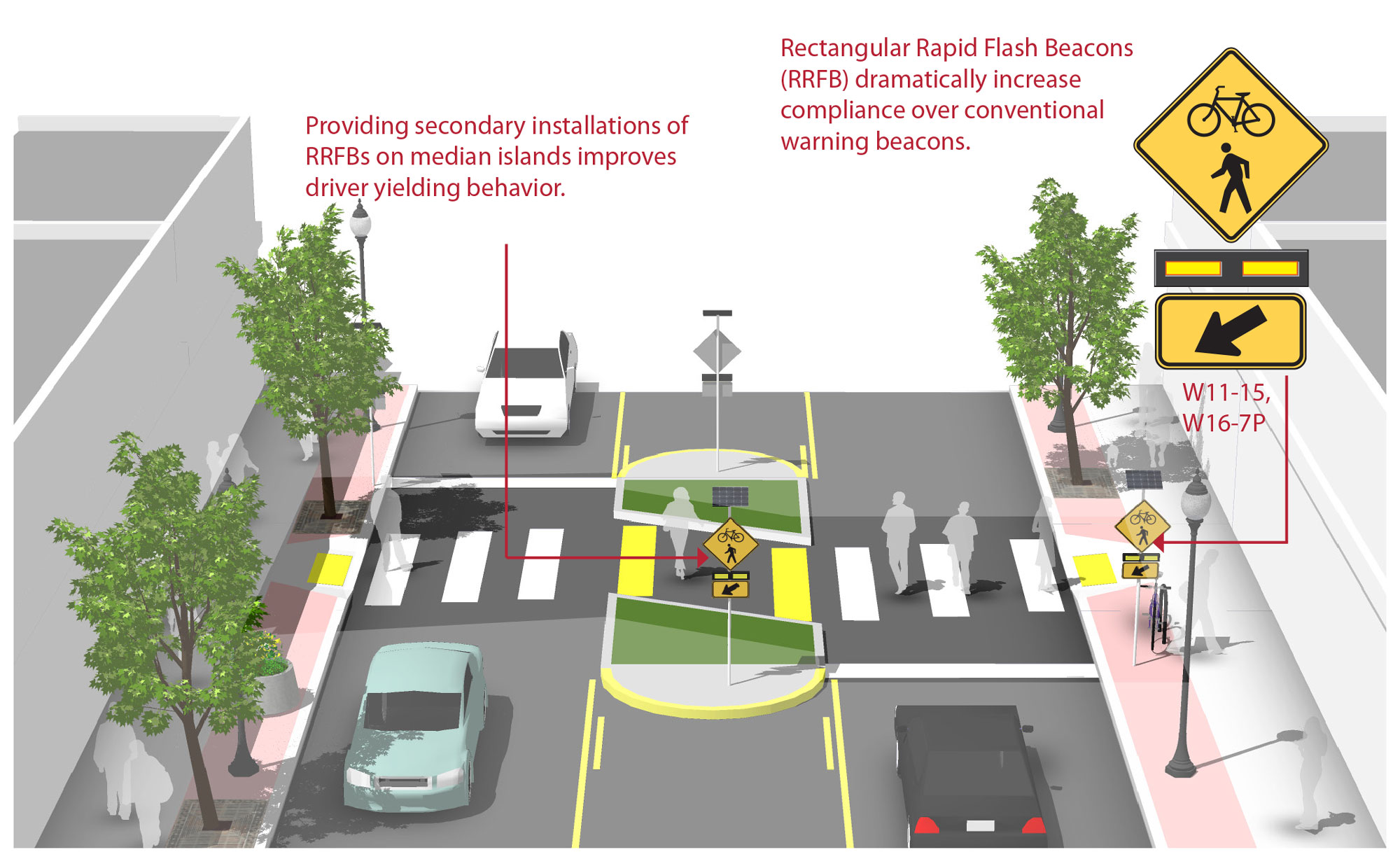 Below is a list of the more recent and most significant research on the effectiveness of RRFBs.

For information on the design and use of RRFBs see the Design Resources page.